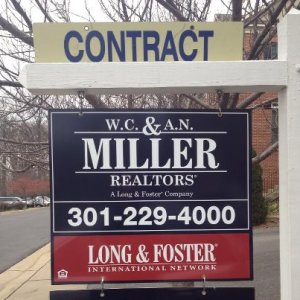 Feel that stir in the air? That’s the real estate market stretching after a big yawn and saying “Bring it! I’m ready to knock your socks off!”

People with fancy titles are sounding the bells that will hopefully alert buyers to jump in the real estate market before they’re priced out of it. Last week J.P. Morgan Chase & Co. announced it expects U.S. home prices to rise 3.4% in its base-case estimate and up to 9.7% in its most bullish scenario of economic growth in 2013.  Mortgage applications for home purchases reached a new high for the year for the third consecutive week, as 30-year mortgage rates sank to a new all-time low, the Mortgage Bankers Association reported recently. Pending home sales jumped 5.2% in October, its highest level since March 2007, the National Association of Realtors reported Thursday

“The housing recovery that started earlier in 2012 continues to gain momentum,” said Mark Fleming, chief economist for CoreLogic, in a release. “The recovery is geographically broad-based with almost all markets experiencing some appreciation.” Compared to 2011, home prices continued to show strong gains in October and posted their biggest yearly increase since June 2006, according to data from CoreLogic.

That’s not all. The Washington DC metropolitan area continues to be ranked as an awesome to live. Bethesda, Maryland was ranked #2 by Self magazine in its Healthiest Cities for Women list. Reston, Virginia ranked #7 in Money magazine’s Best Places to Live list. And Washington DC was ranked the “second coolest place to live” by Forbes.

The Porter Group – Your Home Team

About Us: No matter if it’s your first home or your fifth home purchase, Robyn Porter and The Porter Group of Long & Foster Real Estate help people make sense of the home buying and selling process; from finding the perfect home, preparing a home for market, through negotiating the sale, all the way to settlement.

Since 2004, Robyn Porter has been helping people buy and sell homes. She and The Porter Group are service-driven and results-oriented. They’re pretty fun too! Based out of Long & Foster Real Estate’s Bethesda, MD All-Points office, Robyn and her team are well-positioned to help home buyers and home sellers in Maryland, Virginia, and Washington DC. And, if you’re relocating across the country, we can find you a talented realtor in your new home state.

Your Real Estate for Life. (R)

Here’s what people are saying about Robyn Porter, Realtor on  YELP and Google.